Museum walls speak volumes about refugees’ creative contributions to our lives and to human achievement.

This World Refugee Day (June 20), the International Rescue Committee and the Metropolitan Museum of Art in New York are joining forces to highlight works of art created by refugees—and to show what would be lost if refugees fleeing war and persecution aren't given the chance for a new start.

In order to demonstrate the enormous loss to culture we risk if we don’t welcome refugees, The Met is symbolically covering the iconic painting The Lovers (1913-14) by Marc Chagall between June 17 and June 20. Chagall was one of 1,500 refugees spirited out of France in 1941 as part of a rescue effort by the organization that became the IRC.

“Marc Chagall, a pioneer of modern art who was resettled by the IRC, symbolizes one of the many ways refugees have shaped our world for the better, not only in the arts, but in so many aspects of our society and culture,” said IRC president and CEO David Miliband.

The Met is committed to welcoming refugees and celebrating their past and present accomplishments and contributions.

"From the artists whose works grace our galleries, to the visitors who walk through our doors, to those who enable the Museum's mission in any number of ways, The Met is committed to welcoming refugees and celebrating their past and present accomplishments and contributions," said Max Hollein, director of The Met.

In the U.K., the IRC has partnered with the Tate to spotlight refugee works of art in its four galleries, and with the Victoria and Albert museum of art and design to feature refugee entrepreneurs who are making their new communities stronger by starting small businesses.

Artist Marc Chagall, a pioneer of modernism celebrated as “the quintessential Jewish artist of the 20th century,” is known for his poetic, colorful paintings. In The Lovers, fairy-tale details of a Russian town can be seen through the window of Chagall's imaginary scene of his room in Vitebsk, painted in Paris. See his work.

One of the most influential Surrealist painters, Max Ernst escaped arrest by the Gestapo in Germany and arrived in the United States in 1941. His Gala Éluard from 1924 has been called an "evocative portrait that reveals the deeply intertwined personal and artistic lives of members of the Surrealist circle and depicts the movement’s fascination with dreamlike states." See his work. 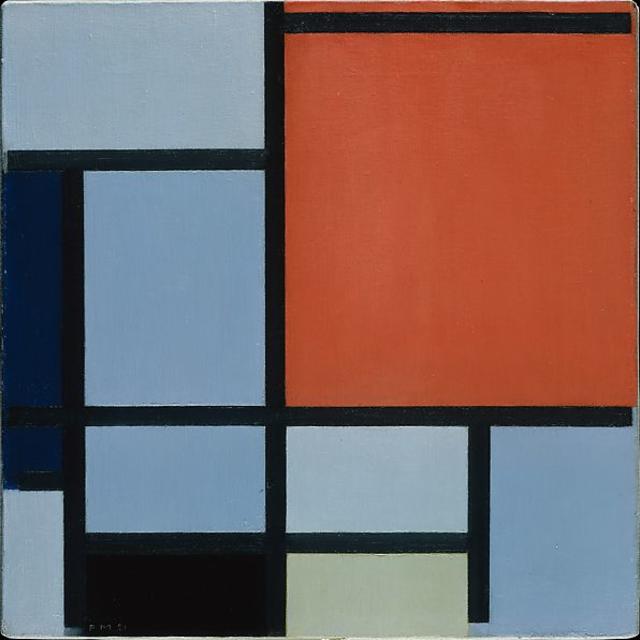 Photo: Courtesy of The Metropolitan Museum of Art

Piet Modrian was a Dutch-born abstract painter who fled Europe for New York as a refugee in the fall of 1940. Composition (1921) is one of his most well-known works of art and an early example of the “geometric mode of painting that Mondrian called Neo-Plasticism.” See his work.

As a child growing up in Leipzig, Germany, Max Beckmann loved to illustrate imaginary journeys. In The Beginning, Beckmann looks back to his childhood with fondness and humor. Deeply impacted by both World Wars and his exile from Germany, Beckmann’s work typically integrates tragic themes with expressionistic brushwork and bright colors. See his work.

Born Markus Rothkowitz, Rothko left his home in what is now Latvia for the U.S. in 1913 to flee persecution. For him, “art was a profound form of communication, and art making was a moral act.” See his work.

Ibrahim El-Salahi is a Sudanese artist who is known for work that combines elements of Arabic calligraphy and African ornament and sculpture. Salahi was a leading figure of the Khartoum School, an art movement concerned with the production of a new Arab-African national aesthetic following Sudan’s independence in 1956. See his work.

Sopheap Pich was born in 1971 in Battambang, Cambodia (then known as the Khmer Republic). During the civil war, he fled with his family to Thailand, spending four years in refugee camps before traveling to the U.S. at the age of 13. See his work.

The power of welcome

Our world would be a far different place if refugees were turned away. When we welcome refugees, they bring more than their belongings. They bring hard work, potential and contributions. This World Refugee Day, stand with refugees.